On December 1, the first Sino-French Monaco Medical Academic Conference was held in Chongqing. The conference was co-organized by Laboratoire Therascience SA and the European Nutrition Society. At the meeting, more than 150 oncologists conducted comprehensive and in-depth exchanges and discussions on the topic of "Companion for Cancer Prevention and Rehabilitation".

On December 1, the first Sino-French Monaco Medical Academic Conference was held in Chongqing. The conference was co-organized by Laboratoire Therascience SA and the European Nutrition Society. At the meeting, more than 150 oncologists conducted comprehensive and in-depth exchanges and discussions on the topic of "Companion for Cancer Prevention and Rehabilitation".

Listed by the World Health Organization as the world's largest medical system in France, the average life expectancy of the country's population has continued to increase. In 2018, the expected average age of men and women in the country reached 79 and 85, respectively. But at the same time the country also has "long life troubles", namely: aging leads to more diseases and * decreased or even cancer problems.

In recent years, despite continuous progress in cancer treatment, it has not been completely overcome. During the meeting, Dr. Jean Pierre AGARRAS of France and Dr. Wu Chengyi, the director of the Department of Endocrinology, Affiliated * Hospital of Chongqing Medical University, and the director of Chongqing Breast Cancer Center, conducted a "brainstorm" on the issue of breast cancer, which was widely concerned. Dr Jean Pierre AGARRAS said that in recent years, the incidence of breast cancer in France has been increasing and patients are getting younger, but due to proper early screening, the survival rate of breast cancer in the country has reached about 97%. 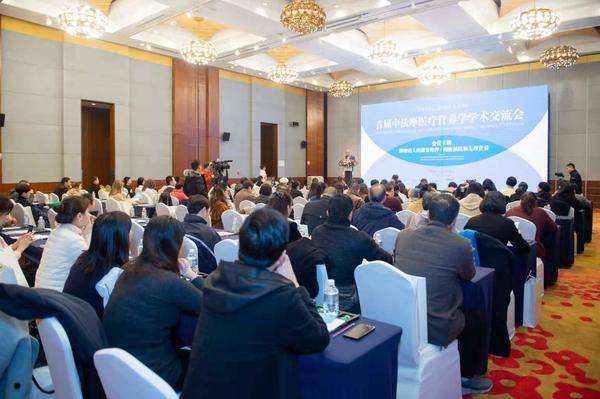 Cancer rehabilitation companionship was also a hot topic at the conference. At present, as medical technology continues to improve, cancer detection and clinical technology are increasingly in line with international standards, China is a global leader in the development of new technologies for the treatment of multiple cancers, but it lacks a systematic and professional guidance in cancer nutrition rehabilitation. accompany. In response, Zhang Xiaoli, the attending physician of the Oncology Department of Southwest Hospital, Cao Fenghua, director of the Department of Gastroenterology, Honghe Prefecture Cancer Hospital of Yunnan, Zhao Yun, director of gynecology, and Wu Lizheng, director of pharmacy, and the Department of Biochemistry of the University of Grenoble-Alpes Professor Anne-Marie ROUSSEL conducted an in-depth discussion on the "stage and timing of antioxidant nutrition intervention in cancer treatment".

All along, Therascience and the French National Centre for Medical and Health Research (INSERM), the French National Institute of Agriculture (INRA), the French National Academy of Sciences (CNRS), the European Institute of Physical Therapy and Phytotherapy (IEPP), French postoperative cancer Centre Ressource has carried out a number of scientific research and cooperation in the field of cancer nutrition rehabilitation companionship. This meeting brought together doctors and scientists from Chongqing and even southwest China, and provided a rare opportunity to discuss and exchange the best scientific research and practical means in this field.

In the future, through the bridge of Chongqing, many Chinese hospitals will strengthen scientific research and introduce scientific and comprehensive medical-grade dietary supplement programs from France to China.

Scan code attention to enjoy industrial services at any time